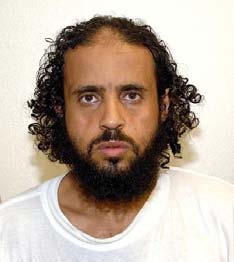 Abd al-Salam al-Hilah is a Yemeni national who claims to have been captured in Cairo in late September 2002, in a joint operation between Egyptian intelligence (SSIS) and the CIA. According to Amnesty International, al-Hilah subjected to degrading treatment in Egyptian custody for about a week, and then handed over to US officials who flew him to another location.

Analysis by The Rendition Project and the Bureau of Investigative Journalism has established that he was transferred into CIA custody on 29 September 2002. Flight data analysis has identified a flight between Egypt and Afghanistan on this date, by known rendition aircraft N379P. Click here for our analysis of flight data and documentation associated with al-Hilah’s rendition from Egypt to Afghanistan. According to Amnesty, he was held in several CIA detention sites in Afghanistan, including the “Dark Prison”. At least one of the sites appears to have been operated by Afghan forces, who told him that he was being held on behalf of the US. Khaled al-Maqtari was also told by other prisoners when he was held at DETENTION SITE COBALT that al-Hilah had been held in the same facility.

According to calculations published by the SSCI, al-Hilah held in CIA custody for over 19 months (590-599 days). DoD records document his eventual transfer to US military control at Bagram Airbase (although do not give an exact date for this), and then his transfer to Guantánamo Bay on 19 September 2004. He remains detained at Guantánamo Bay.