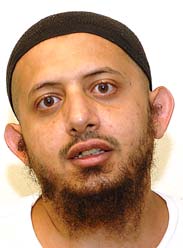 Zakariya is a Yemeni national who was captured in Georgia on 28 April 2002 and sold to the CIA. He was captured alongside two other men, Jamal Boudraa and Abbar al-Hawari, and all three were detained by the CIA in Afghanistan. According to DoD records, Zakariya was captured by men who drove into the car he was driving in. He fainted, and awoke handcuffed and being beaten in the back of another vehicle. He was then held in a warehouse for four days, before being driven to another location, examined, then taken to an airport and put on a plane.

Abbar al-Hawari, captured and detained alongside Zakariya, testified at his Combatant Status Review Tribunal at Guantánamo Bay that: “There was four of us. Myself, my friend Abdal Haq [Boudraa], a Yemeni guy name Zackria, and a Chechnya driver, who was killed... The Americans didn’t capture me. The Mafia captured me. They sold me to the Americans. When I was captured, a car came around and people inside were talking Russian and Georgian. I also heard a little Chechen. We were delivered to another group who spoke perfect Russian. They sold us to the dogs. The Americans came two days later with a briefcase full of money. they took us to a forest, then a private plane to Kabul, Afghanistan.”

On the basis of the testimondy of these men, analysis by The Rendition Project and the Bureau of Investigative Journalism has established that they likely entered CIA custody between 30 April 2002 and 2 May 2002. According to calculations published by the SSCI, Zakariya was held in CIA custody for over a year (370-379 days), although nothing else is known about his fate and whereabouts during this time. He would therefore have left CIA custody at some point 5-16 May 2003. DoD records document his transfer to US military control at Bagram Airbase (without giving an exact date), and then his transfer to Guantánamo Bay on 9 May 2003. He remains detained at Guantánamo Bay.