The Rendition Project is a unique collaboration between academics and human rights practitioners, which is focused on undertaking and publishing original research into the CIA's torture programme. Our guiding principle is to produce work that has a high degree of academic rigour whilst also being of direct relevance outside of the academy.

Researching the involvement of the US and its allies (especially the UK) in human rights abuses during the "war on terror" is of far more than just academic interest, and we are committed to maximising the impact of our work for those involved in holding governments to account for their actions, and representing the vitctims of their abuses.

We work with a range of other investigators, lawyers and journalists, and firmly believe that data-sharing and other forms of collaboration in the field is vital to uncovering and understanding the covert actions of the US and its allies in the "war on terror". 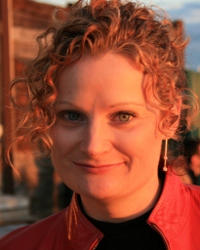 Ruth Blakeley took up the post of Professor of Politics and International Relations at the University of Sheffield, and Director of the White Rose Social Sciences Doctoral Training Partnership in September 2017. She was previously Professor at the University of Kent. The School of Politics and IR at Kent provided generous support for The Rendition Project over several years.

Ruth is a leading expert on state violence, particularly by liberal democratic states. She is the author of State Terrorism and Neoliberalism: The North in the South (London: Routledge, 2009), and has published articles on state terrorism and torture in various academic journals.

Ruth is Lead Editor of the Journal Review of International Studies, a journal of the British International Studies Association (BISA), published by Cambridge University Press. Ruth is interested in supervising PhD students in the fields of Human Rights, US foreign policy, Critical Security Studies and Critical Terrorism Studies.

Dr Sam Raphael is a Reader in International Relations at the University of Westminster, London. His research focuses on the intersection between US foreign policy, human rights and counterterrorism. He completed his PhD at the Department of War Studies, King’s College London, and has published widely on the topics of Colombian state terror, torture in the 'war on terror', security assistance programmes, and US energy security. He is interested in supervising PhD students in the fields of US foreign policy, critical terrorism studies, state violence, human rights, and the arms trade.

He is co-author, with Dr Doug Stokes, of Global Energy Security and American Hegemony (Johns Hopkins University Press, 2010), and has published in a range of academic journals.

Crofton Black is a writer and investigator. He spent several years working on rendition and black site cases, and on emerging issues in counter-terrorism and human rights, for the legal action charity Reprieve. More recently he has worked with The Bureau of Investigative Journalism on topics including military and security contracting, social media manipulation, propaganda and government data systems. He is co-author, with photographer Edmund Clark, of Negative Publicity: Artefacts of Extraordinary Rendition (Aperture 2016). He studied English and Classics at Oxford University and has a PhD in history of philosophy from the University of London. 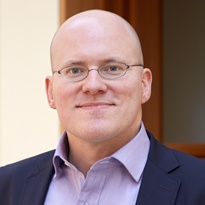 Steve Kostas is a human rights lawyer who has worked on rendition investigations and litigation since 2009, including investigating and launching cases against Poland and Lithuania. He works with the Open Society Justice Initiative’s litigation team, based in the London office, litigating cases across the Justice Initiative’s areas of work, including cases seeking accountability for crimes against humanity, war crimes, systematic torture and discrimination. He previously worked at INTERIGHTS and Reprieve on counterterrorism and national security cases. Prior to working in human rights he worked on international criminal law, as the senior legal officer in the appeals chamber and legal advisor to the President of the Special Court for Sierra Leone, and in the office of the President and appeals chamber of the International Criminal Tribunal for the Former Yugoslavia. Steve is a member of the NY bar and prior to studying law he earned a Ph.D. in molecular genetics.

Jac started working with the Rendition Project as an intern in September 2012, working on the construction of the rendition flight database. He has since worked as a Research Assistant on a number of aspects of the project, including an investigation into British complicity in extraordinary rendition through the submission of Freedom of Information requests. He is currently working on a joint investigation by The Rendition Project and the Bureau of Investigative Journalism into the recent report by the Senate Select Committee on Intelligence into CIA detention and interrogation. Jac holds a BA in History and Politics from Queen Mary, Univeristy of London, and an MSc in Contemporary History from the University of Edinburgh. As an incoming AHRC-funded PhD candidate at the University of St Andrews, Jac's doctoral research will investigate political policing in Britian in the 1970s.