Our major report, CIA Torture Unredacted, published in July 2019, presents the combined findings from a four-year joint investigation by The Rendition Project and The Bureau of Investigative Journalism. It is, without doubt, the most detailed account of the CIA torture programme ever published. The report can be accessed for free on this site, and is supported by other material contained here. 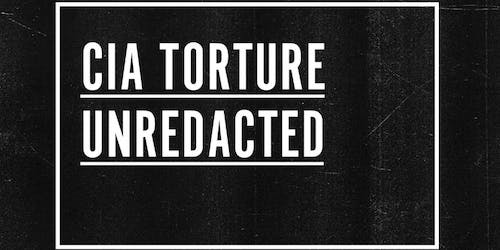 The extensive analysis on this site is underpinned by an unrivalled body of primary material, such as prisoner testimonies, declassified documents, flight records, company invoices and court documents. Together, these help to build an unparalleled picture of the CIA's torture programme, and are located in the same place for the first time.

The Guardian has described The Rendition Project as a 'groundbreaking research project which sheds unprecedented light on one of the most controversial secret operations of recent years'. Our team's work in the field has generated significant impact, supporting cases heard at the European Court of Human Rights and the African Commission on Human and People's Rights, sparking a Scottish police investigation into rendition flights, assisting a range of legal teams representing former and current prisoners, and featuring in documentaries and numerous news reports.

More than anything, we are indebted to those organisations and individuals that led the way in uncovering the use of rendition, secret detention and torture in the "war on terror", and to the former prisoners who have agreed to tell their stories.

The Rendition Project has been funded by the UK’s Economic and Social Research Council (ESRC), and is accredited under the Global Uncertainties programme.

UK Guidance to security services on torture not fit for purpose