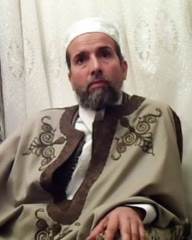 On or around 15 March 2004
Captured, Hong Kong Airport

On or around 28 March 2004
Rendition, Hong Kong to Libya, via Bangkok

The analysis of the case described in these pages is drawn largely from the Human Rights Watch investigation, Delivered into Enemy Hands: US-Led Abuse and Rendition of Opponents to Gaddafi’s Libya. We are grateful to Human Rights Watch for granting permission for us to use this information here.

In 1988 Sami Mostefa al-Saadi left Libya, having seen his family’s property and businesses seized by the state, and feeling that Gaddafi’s regime was interfering in his ability to practice his religion. At University in Tripoli, he had been involved in a secret group that was a precursor of the Libyan Islamic Fighting Group (LFIG). Because of his activities against the regime, he had been detained once in 1984. On leaving Libya, he went to Afghanistan via Saudi Arabia and Pakistan. He left two brothers behind who he said were detained and tortured for many years by Gaddafi’s regime, and then died in the Abu Salim prison massacre of 1996. His purpose in Afghanistan was to assist in opposing the Soviet-installed government.

When the Afghan government fell in 1992, he decided to seek asylum in the UK, and in 1994, was granted indefinite leave to remain. Between 1994 and 1997 he remained in the UK and continued in his efforts with the LFIG to secure the overthrow of Gaddafi. He lived in Britain along with his wife who he had married in Algeria, either before or during his stay in the UK.  He reports becoming increasingly fearful in 1996, as individuals approached him to question him about his life and family, and as a Libyan associate, also opposed to Gaddafi, was stabbed and killed in London. He left for Afghanistan in 1997, and worked with other LFIG members in Pakistan and Afghanistan. He lived in Kabul and reports meeting Osama bin Laden on two occasions in 2000 and late summer of 2001. He reported to Human Rights Watch that he had argued with Bin Laden about his plans to attack the US, and that he had insisted to Bin Laden that those plans were not permitted within Sharia. Following 9/11, Saadi and numerous other LFIG members left Kabul travelling from place to place, including Pakistan, to evade arrest, but felt safe nowhere. Al-Saadi and his wife then moved to Iran, staying about a year, until they were forced to leave in January 2003, with four children in tow. They went to Malaysia where they intended to seek asylum. He went to a UN office where he was given an appointment in a month’s time, but before then, was arrested and held for 10 days by Malaysian authorities. He asked to be permitted to go back to the UN, but was told that if he did, US officials would be waiting. He therefore requested permission to be sent to China, a request that was granted, and visas were easily obtained.

On or about 28 March 2004, al-Saadi reports being handcuffed, having his legs zip-tied, and being taken along with his family on board an aircraft with an Egyptain crew. He and his children were taken to the back of the aircraft while his wife, who was very distressed, was kept elsewhere. The aircraft made a stopover in Bangkok, where Libyan authorities boarded. Both he and his eldest daughter realised they were being taken to Libya, and explained the terror they felt. She said, ‘I felt like we were being kidnapped. I was very scared. I thought they would execute us all’.

The Tripoli Documents, (documents formerly held by the Libyan intelligence chief, Musa Kusa, and obtained by Human Rights Watch on 3 September 2011, just after the fall of the Gaddafi regime), confirm the al-Saadi’s account of their rendition. It seems that MI6 initiated their rendition, but once the CIA discovered it was planned, they stepped in to facilitate. A fax sent from the CIA to Libyan intelligence on 23 March 2004 stated that the CIA had ‘become aware’ of the detention of al-Saadi and his family in Hong Kong, and that the Libyans had been working with the UK to ‘effect removal to Tripoli’ on a Libyan aircraft that was stationed in the Maldives. The fax goes on to state that the CIA was aware that the landing of the Libyan aircraft had been denied by the Hong Kong authorities, but that if the government could charter an aircraft from a third country, the Hong Kong government might coordinate with the Libyan authorities to render al-Saadi into Libyan custody. There was even an offer for the CIA to underwrite the costs of chartering an aircraft. Noises were made to the effect that al-Saadi and his family should be treated humanely, although this appears to have been to appease the Hong Kong rather than US authorities.

The following day, 24 March 2004, Libyan authorities sent a fax to the Hong Kong authorities with details of the ‘crimes’ al-Saadi was wanted for, crimes that they stipulated related to terrorism and could result in the maximum penalty of life imprisonment. The Hong Kong authorities appear to have then approved the rendition, since correspondence was exchanged stipulating the requirements that needed to be met for landing permits to be issued.

When they arrived in Libya, al-Saadi and his wife and children were separated, and his wife and children were detained at the Amn Khariri prison in Tajoura for 2 months. Al-Saadi was held for 6 years. He was visited on the day of his arrival by Musa Kusa, the head of Libyan intelligence. For the first three years al-Saadi spent much of his time in solitary confinement, with interrogations from 5am until midday. He was subjected to beatings with ropes and sticks and was beaten, kicked, punched and subjected to electric shocks to the neck, chest and arms. He recalls being interrogated by Libyan, American, British and Italian agents, and some agents that spoke French.

In 2009, al-Saadi was charged with 14 crimes including attempting to overthrow the government. He was tried in prison, convicted and sentenced to death. As with Belhadj, he was released in March 2010 alongside several hundred other prisoners following negotiations with Gaddafi’s son, Saif Gaddafi, although they had to publicly renounce their efforts to overthrow the regime.  Shortly after the uprisings against Gaddafi began in February 2011 he was again arrested and detained with his son until August 2011, when rebel forces finally captured Tripoli.

In December 2012, having sued the UK government for MI6’s involvement in his rendition, al-Saadi accepted £2.23 million from UK government in compensation in an out of court settlement. Nevertheless the UK government, despite making the settlement, refused to accept any liability. Al-Saadi stated that he had accepted the compensation to avoid putting his family through further suffering, and because he lacked faith that the truth would come out through the courts.