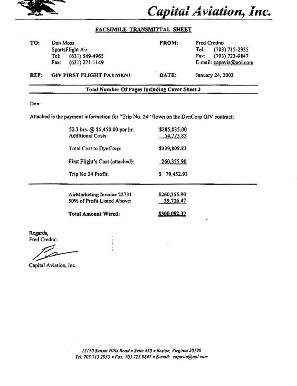 The flights which linked the global secret detention system were ostensibly made by private, civilian aircraft, with the US Government's hand hidden behind a layer of private businesses. However, investigations during 2004 and 2005 - noticeably by the Washington Post and The New York Times - blew the cover on a set of companies which appeared to exist only on paper, and which acted as a front for CIA activity to go unnoticed. These 'shell companies' hid between 25-30 aircraft owned by the CIA, some of which were heavily involved in the renditions programme.

Alongside this facade of independent aircraft operations, a significant part of the CIA’s rendition programme was genuinely outsourced to a network of private companies. Between them, these companies provided the aircraft and crew for specific rendition operations (according to stated requirements from the ‘end user’), positioned the aircraft at the start of the operation (usually in Washington), and delivered a range of logistical services necessary for global trips. These included filing flight plans with relevant air traffic authorities, securing overflight permissions, landing and handling permits, reserving hotels for overnight stops, and providing catering.

Numerous companies have owned, operated and supported the aircraft linked to the renditions programme, while others have acted as brokers (sourcing the operating companies to supply the aircraft for the CIA). Although there is much that remains unknown or unclear about corporate involvement in rendition and secret detention, and The Rendition Project will be continuing its work on this throughout 2013, we have provided here a (non-exhaustive) list of companies linked to the aircraft in the Rendition Flights Database.

One set of companies associated with rendition existed only on paper, with no premises, staff or web address. They were business entities created solely to have official ownership of certain aircraft, and so to conceal the true ownership by the CIA. Shell companies that have been identified by past investigations include the following (click on the links to see the aircraft associated with each company):

Computer Sciences Corporation (CSC) was the prime contractor for at least one of the outsourced elements of the renditions programme, inheriting the role when it took over DynCorp in 2004. Under the prime contract, which remains classified, DynCorp, and consequently CSC, entered into agreement with the CIA to provide a range of aircraft for covert operations (including renditions). In turn, the prime contractors entered into agreement - directly or indirectly - with a set of brokering companies in order to source and secure the use of particular aircraft for the ‘end user’.

At least three brokering companies provided services to DynCorp/CSC, either directly or indirectly (through entering into agreement with another broker working on behalf of the prime contractor):

Aircraft operators are companies which maintain private aircraft on behalf of their owners, and may also provide them for customers who want to charter an aircraft, either on a one-off basis or under a rolling contract. These companies exist on the ground (unlike shell companies), although some - such as Aerocontractors and Tepper Aviation - may for all intents and purposes run by the CIA. Others are truly private concerns, and provide their services to a range of clients in the private sector.

Some operating companies also own the aircraft they run, while others operate on behalf of independent entities. In practice it can often be difficult to clearly identify the difference between operators and owners, and such a distinction may not always be useful. Some of the companies which have operated aircraft linked to the renditions programme include the following (click on the links to see the aircraft associated with each company):

While operating companies provide the aircraft and crew for clients, they often subcontract certain logistical services to a separate set of companies in the sector: trip planners. These companies file flight plans, secure and pay for overflight rights, buy landing and handling slots, arrange refuelling and hanger space at airports around the world, check weather forecasts and rearrange routes as necessary, reserve hotels and provide necessary catering.

Four trip planners have been linked to renditions aircraft (click on the links to see the aircraft associated with each company):