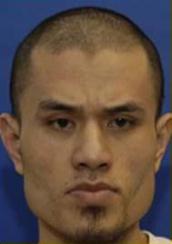 Lillie is a Malay citizen who was captured in Bangkok in August 2003, on the same day as the capture of his associate, Hambali. After his seizure, Lillie was held in secret detention for over three years - initially at least alongside Hambali and another associate, Zubair - before all three were transferred to Guantanamo Bay in September 2006, where they are still being held. The US Government accuses Lillie of being ‘a member of al-Qaeda and Jemaah Islamiyah (JI) who admittedly swore bayat (oath of allegiance) to Osama bin Laden’, and who participated in a plot coordinated by Khaled Sheikh Mohammed to hijack aircraft on the West Coast of the US. He is also alleged to have helped Hambali to plan operations, case targets and transfer money. The US has classified Lillie as a ‘High-Value Detainee’.

Lillie was captured in a joint Thai-CIA operation in Bangkok on 11 August 2003, and this is likely to have precipitated the capture of Hambali several hours later. CIA records cited by the SSCI report confirm that he was captured at about 6:00pm on 11 August, and was initially held outside of CIA custody. According to his testimony to the International Committee of the Red Cross, Lillie was held naked for 3-4 days in a detention facility in Thailand.

At some point between13-14 August 2003, Lillie and Hambali were both transferred from Thailand to CIA custody in Afghanistan, onboard a privately-owned Gulfstream IV jet, registration number N85VM, which had been contracted by the CIA through its outsourcing of rendition support services to DynCorp. En route, the aircraft landed in Sri Lanka for refuelling with the two detainees on board. Click here for our analysis of the flight data and documentation associated with Lillie’s rendition from Thailand to Afghanistan.

CIA cables document Lillie’s arrival at DETENTION SITE COBALT on 14 August 2003, and the immediate use of “standard interrogation techniques”. Lillie was “stripped of his clothing” and “placed in a cell in the standing sleep deprivation position, in darkness.” Authorisation for the use of EITs was then submitted to CIA Headquarters on 15 August, the following day, using a template devised in the interrogation of Ramzi bin al-Shibh in February 2003. The request for EITs was approved within 24 hours.

CIA records cited by the SSCI report do not provide many details of Lillie’s torture, although they do document the use of loud noise to “prevent concentrating, planning and derailing of the exploitation/interrogation process with interrogation countermeasures (resistance).” Lillie himself has testified that, once in Afghanistan, he was kept naked and shackled to the ceiling in a painful standing position for the first week, and that he ‘had to defecate and urinate on [himself] and remain standing in [his] own bodily fluids’. He also stated that he did not receive any solid food until his twelfth day in captivity.

One CIA cable, dated 19 January 2004, suggests that the supposed “resistance” to interrogations might in fact simply be “issues related to culture and... poor English language skills,” with the absence of a Malay interpreter identified as a problem.

Nothing further is known about Lillie’s fate and whereabouts after his detention at COBALT, until his appearance in Guantanamo Bay in September 2006. There has been speculation that Lillie was held on Diego Garcia, consistent with persistent suggestions that ‘High-Value Detainees’ were detained on the island (or on ships nearby) in 2002 and 2003. Indeed, in October 2003, Time reported that Hambali was being held on Diego Garcia, increasing speculation that Lillie was also detained on the island. There is, however, little in the way of concrete evidence to suggest that he was among those who may have been detained on or alongside the island.

DoD records document that Lillie was transferred out of the CIA’s secret prison network and into US military detention in Guantánamo Bay on 4 September 2006, alongside the other HVDs in custody at that time. In the case of some other HVDs, however, CIA records state that they were transferred a day later, on 5 September 2006. Regardless of these inconsistencies in records, it does appears that all HVDs were moved out of CIA custody  and transferred to Guantánamo Bay on 4 September or 5 September 2006. This final transfer was announced by President Bush, as part of a wider disclosure about the CIA’s use of secret prisons.