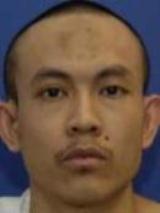 Zubair (also known as Mohammed Farik bin Amin) is a Malay national who was captured in Bangkok, Thailand, in June 2003, and held in secret CIA detention at unknown locations for over three years. He was transferred to Guantanamo Bay in September 2006, where he continues to be held. The US Government has identified Zubair as a ‘High-Value Detainee’, and has accused him of being ‘a senior member of Jemaah Islamiyah (JI) and an admitted al-Qaeda operative’ who provided substantial support to attacks planned by Khaled Sheikh Mohammed and who was ‘a trusted lieutenant and courier for JI leader Hambali.

Zubair was captured in Bangkok, Thailand on 8 June 2003, after leaving a bookshop. The capture was described in one report as a ‘low key covert joint Thai-CIA operation’. However, little is known of Zubair’s fate and whereabouts between his capture and his reappearance in Guantanamo Bay in September 2006.

In late September 2003, a senior Asian intelligence officer ‘with access to key interrogation records’ stated to The Australian newspaper that Zubair was being held and interrogated at Bagram Airbase, Afghanistan, alongside Lillie and Hambali. There has also been speculation that he was held on Diego Garcia, consistent with persistent suggestions that ‘High-Value Detainees’ were detained on the island (or on ships nearby) in 2002 and 2003. There is, however, little in the way of concrete evidence to suggest that Zubair was among those who may have been detained on or alongside the island.

Flight data and CIA records confirm that Zubair was likely to have been transfered to CIA custody around 10 days after his capture, and held in a CIA prison in Afghanistan. At some point 18-20 June, a privately-owned aircraft with tail number N614RD, which had been provided through the CIA’s contract with DynCorp, touched down in Bangkok. It then flew to Afghanistan, via a refuelling stop in Sri Lanka, and landed in both Kabul and Bagram before heading on to Europe. The dates of this flight, and the known links between this aircraft and the CIA’s outsourced elements of rendition support services, provide strong evidence that Zubair was rendered to Afghanistan at this point. Click here for our analysis of the flight data and documentation associated with Zubair’s rendition from Thailand to Afghanistan.

CIA cables cited by the SSCI report confirm that Zubair was held at either DETENTION SITE COBALT (Afghanistan) or DETENTION SITE BLUE (Poland) in the summer of 2003, and was subjected to “enhanced interrogation techniques” whilst at the site. Little has been revealed about his torture, other than the fact that interrogators went beyond the authorised techniques. In particular, CIA cables show that Zubair was subjected to stress positions using a broomstick behind the knees, in a manner inconsistent with the approved technique.

Nothing else is known of Zubair’s fate or whereabouts after his likely rendition to Afghanistan in June 2003, until his transfer to Guantanamo Bay. Calculations published by the SSCI state that he was in CIA custody for 1170-1179 days, a range which confirms a entry date of mid-June 2003. DoD records document that he was transferred out of the CIA’s secret prison network and into US military detention in Guantánamo Bay on 4 September 2006, alongside the other HVDs in custody at that time. In the case of some other HVDs, however, CIA records state that they were transferred a day later, on 5 September 2006. Regardless of these inconsistencies in records, it does appears that all HVDs were moved out of CIA custody and transferred to Guantánamo Bay on 4 September or 5 September 2006. This final transfer was announced by President Bush, as part of a wider disclosure about the CIA’s use of secret prisons.