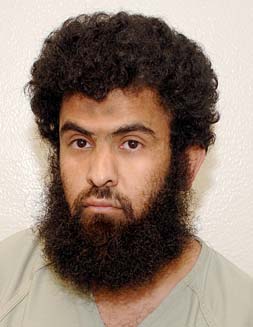 Abd al-Rahim Rabbani is a Pakistani national who is currently detained without charge at Guantánamo Bay. He was one of a number of suspects captured on 11 September 2002 in a series of raids in Karachi by Pakistani ISI officers, rangers and police officers, sparked by the capture the day before of Rabbani’s brother, Ghulam Rabbani.

According to DoD records, after capture Rabbani was held in proxy detention in Pakistan for two months, at least part of which time was in Islamabad. Analysis by The Rendition Project and the Bureau of Investigative Journalism has established that he was transferred into CIA custody at some point 1-9 November 2002. It is likely that Rabbani was detained initially at the CIA-run DETENTION SITE COBALT. According to the Department of Defense, Rabbani “remained in Kabul for seven months [i.e., Nov 2002 – Jun 2003] and was then moved to another prison.” During his detention at where is likely to have been COBALT, and before March 2003, CIA records cited by the SSCI report document that Rabbani was interrogated by the FBI, during which time he provided intelligence on Khaled Sheikh Mohammad and his associates.

At some point during his period of CIA detention, Rabbani was held alongside his brother, and alongside Khaled el-Masri and Laid Saidi. According to both el-Masri and Saidi, they were held together in Afghanistan between January and May 2004, alongside the Rabbani brothers, with whom they exchanged phone numbers.

According to calculations published by the SSCI, Rabbani was held by the CIA for over 18 months (550-559 days). Given what is known about the duration of his CIA detention, Rabbani would have been transferred out of CIA control at some point 4-21 May 2003. DoD records show that he was held at the military detention site at Bagram Airbase (without giving an exact inbound date), and then transferred to Guantánamo Bay on 19 September 2002, where he remains.