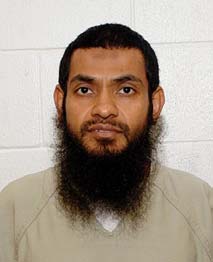 Ghulam Rabbani is a Pakistani national who is currently detained without charge at Guantánamo Bay. Rabbani was captured in Karachi by Pakistani ISI forces on 10 September 2002, believing that he was in fact another suspect, Hassan Ghul. Initial interrogations of Rabbani’s driver, who was captured at the same time, revealed the location of further suspects, and led directly to a series of raids on 11 September 2002. Among those captured as a result of was Rabbani’s brother, Abd al-Rahim Ghulam Rabbani, as well as Ramzi bin al-Shibh and Hassan bin Attash.

Rabbani was held in Pakistani detention for about two months, before being transferred to CIA detention in early November 2002. Analysis by The Rendition Project and the Bureau of Investigative Journalism has established that he was transferred into CIA custody at some point 1-9 November 2002. Given these dates, he is likely to have been held at the CIA-run DETENTION SITE COBALT. CIA cables cited by the SSCI report document the unauthorised use of “enhanced interrogation techniques” on Rabbani during November 2002, including “forced standing, attention grasps and cold temperatures without blankets.”

At some point during his period of CIA detention, Rabbani was held alongside his brother, and alongside Khaled el-Masri and Laid Saidi. According to both el-Masri and Saidi, they were held together in Afghanistan between January and May 2004, alongside the Rabbani brothers, with whom they exchanged phone numbers.

According to calculations published by the SSCI , Rabbani was held by the CIA for over 18 months (550-559 days). Given what is known about the duration of his CIA detention, Rabbani would have been transferred out of CIA control at some point 4-21 May 2003. DoD records show that he was held at the military detention site at Bagram Airbase (without giving an exact inbound date), and then transferred to Guantánamo Bay on 19 September 2002, where he remains.